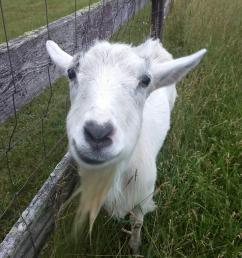 Our goat Naughty passed away last week. We knew this day was coming as he had slowed down, was losing weight and seemed to be having some trouble eating. I never knew I could cry so much over a farm animal. I made a little tribute video of him and posted it on social media. It made me feel good to share with others, the joy he provided to us.

We never really knew how old he was, though through some conversations on Facebook following his passing we learned he was likely 14-15 years old. That’s pretty good for an old goat and it comforted me that he had lived a long, happy, carefree life, much of it with us.

I haven’t written on this blog in years. I started it back in 2009 and it was in 2010 that I began adding to it on a regular basis. 2013 was my last really active year, with a small burst of activity in 2015 and 2016. It was a love/hate relationship I had with this site. Building a readership was invigorating. Putting words on a page that someone else, often total strangers, enjoyed reading was a treat that I had never experienced before. It gave me a focus during a somewhat stressful period of life. I was introduced to many people that I still have never met in person but who I am connected with on social media platforms and would consider “old friends.”

On the other hand, over time it became another thing to worry about. “What do I post next, what am I going to write about, gotta keep the hits coming!”

I liken it to our old brick farm house on Brown Road which we actively began renovating a few years after we moved in. I loved it, this newfound hobby of which I had little to no experience; building and painting and installing floors and bathroom tile. I jumped at the chance to dive headfirst into a project, logging countless hours on weekends and evenings, swinging a hammer and using power tools I’d rarely touched before, getting my hands dirty, choking on the dust and soaking up the paint splatter with yet another set of old clothes that would soon end up in a trash bin.

And then one day when things were kind of status quo, when the house was livable as this quirky combination of renovated farmhouse and bad 1970’s chic, when our kids were taking up more and more of our time with sports and school activities, I suddenly didn’t like it anymore. I was tired and I stopped. Cold turkey. Believe me there’s still plenty to do and I’ll occasionally tackle a smaller, more manageable project with the hope that I get inspired again to finish everything that’s on “the list”.

When Naughty passed it hit me hard, not only because I had grown quite attached to that ornery old coot, but it was in 2010 when I had just started actively writing this blog, that we also adopted he and Heath, our first two goats. Suddenly there was this whole newfound theme to write about; our little “farm” on Brown Road, with its historic old house, long wooden fences, grazing goats and an idyllic dirt road with a corn field on the other side. I had visions of Garrison Keillor and Prairie Home Companion dancing in my head. I joked in posts about becoming famous while often carrying this fame on the backs of my two new, soon to be legendary goats, Naughty and Heath.

They gave us story after story to recall, some of which sit within these pages, others that we’ll have to remember from photos or social media posts or the file cabinets in our slowly deteriorating memory banks. In our local circles we became the family with the goats and it’s to this day part of our identity. Heath passed away in 2014 and now my buddy Naughty was gone too. We were down to two goats from our peak of five. I felt like a small but very relevant part of my past had been dredged up and ripped from my heart.

Clearly this blog never reached those levels of Garrison Keillor infamy just as our master bedroom, up until a few months ago was still covered in ugly 1980’s wallpaper, with the same dirty blue carpet, there when we moved in, still sadly covering what I know is a gorgeous 120+ year old wide plank wood floor anxiously waiting a belt sander and a few coats of stain and polyurethane. Even so, Naughty and Heath did go on to become somewhat well known and adored locally, as well as the three other adopted goats that have crossed our paths in the interim years.

A few months back, on a whim I started tearing down that ugly wallpaper in our bedroom. Underneath I slowly and patiently revealed the old, sexy plaster walls that hadn’t seen the light of day in decades. Next I’ll pull up that carpet. It felt good to dig into that project, to once again take on that role of caretaker, and I could sense the old house relishing in the attention she was getting.

The bedroom is still not finished but eventually it will be… I promise. Our old house has been a work in progress since the day we moved in. The “to do list” changes, it morphs and fluctuates, and sometimes we just shove the list in a brown paper bag and carelessly toss it into a closet, like you do with your clutter when you are preparing to have guests over for a party.

Perhaps this blog is a work in progress also. Today I tore down some wallpaper.

Thanks Naughty, I’ll miss you buddy! 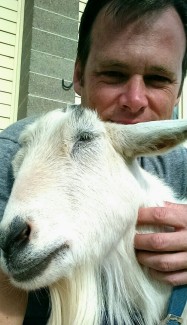 An Ode from Naughty to Heath 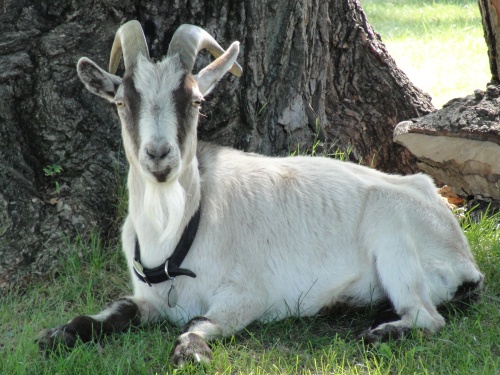 Our goat Heath died back in July of 2014. Although this is not current news, as I was not writing at the time, this milestone did not make it onto Brown Road Chronicles. To those that have not been around since the beginning of this blog, Heath was one of the first two goats we had here at Brown Road and half of the “World Famous Goats” Naughty and Heath, stars of many-a-story as BRC was growing into an epic World Famous blog. Heath was a storied creature with painted fur, regal horns and an exquisitely coiffed beard. If you are interested, some of the highlights are here:

A Primer on the Rampant Stereotyping of Hillbilly Goats

A Cease and Desist Letter to  McDonald’s from My Attorneys

A Moment in Time

Heath was an old goat and died peacefully of old age. He had been failing for some time and although the thought to put him down was constantly in the back of our minds, he seemed mostly content and so we put off the inevitable. He laid on his side one night in a stall in the barn, unable to get up, and we knew nature would take its course.

In good hillbilly fashion, we cremated him the following evening in a large bonfire, while we sat around and reminisced. Kim and I drank a bunch of wine and got drunk and cried a little bit. That night when I went into the barn I saw Naughty scratching something into the dirt floor while the other goats watched. I sat down on a stump of wood in the barn, sipping from my glass and waited for him to finish before running inside and grabbing a note pad and pencil.

This is what it said:

Oh Heath, my friend, I’ll miss you now, so here I share this simple ode
To honor thou, the life we shared in grassy fields on old Brown Road
Transcendent summer days we spent in speckled sun and dappled shade
And hunkered down inside our barn when winter brought its white cascade

But battles, though we may win some, against thine adversary, age
That time must come, when all that’s left is that which dons the printed page
So I move on to coming days with Holly, Ella, Jack and Moo
But filled with cherished memories of special times I spent with you

The latest addition to the Brown Road family!

These are pygmy goats that we adopted from some 4-H’ers that weren’t able to keep them.  They’re the cutest damn things!

Holly is all black, Ella is the one with the white hat. 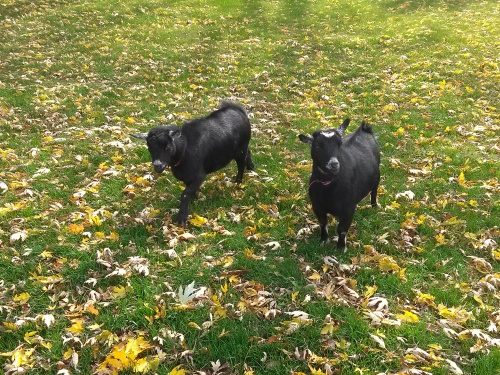 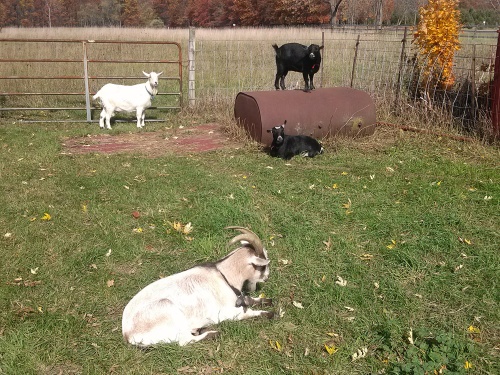 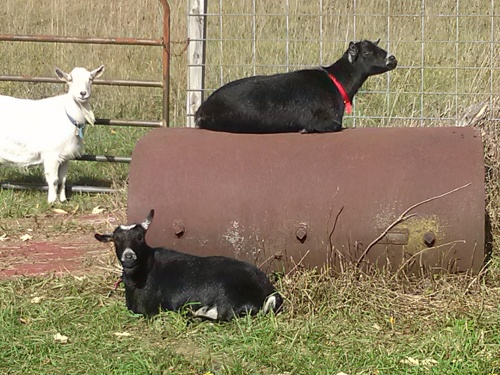 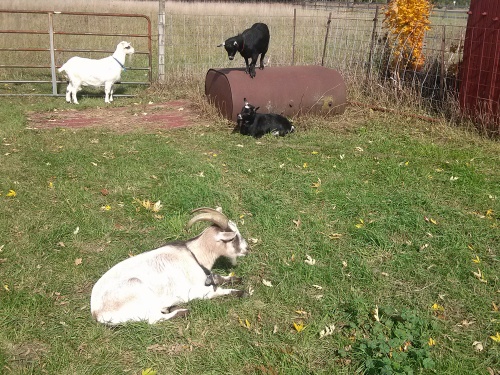 Guess I’m gonna have to design some new t-shirts….